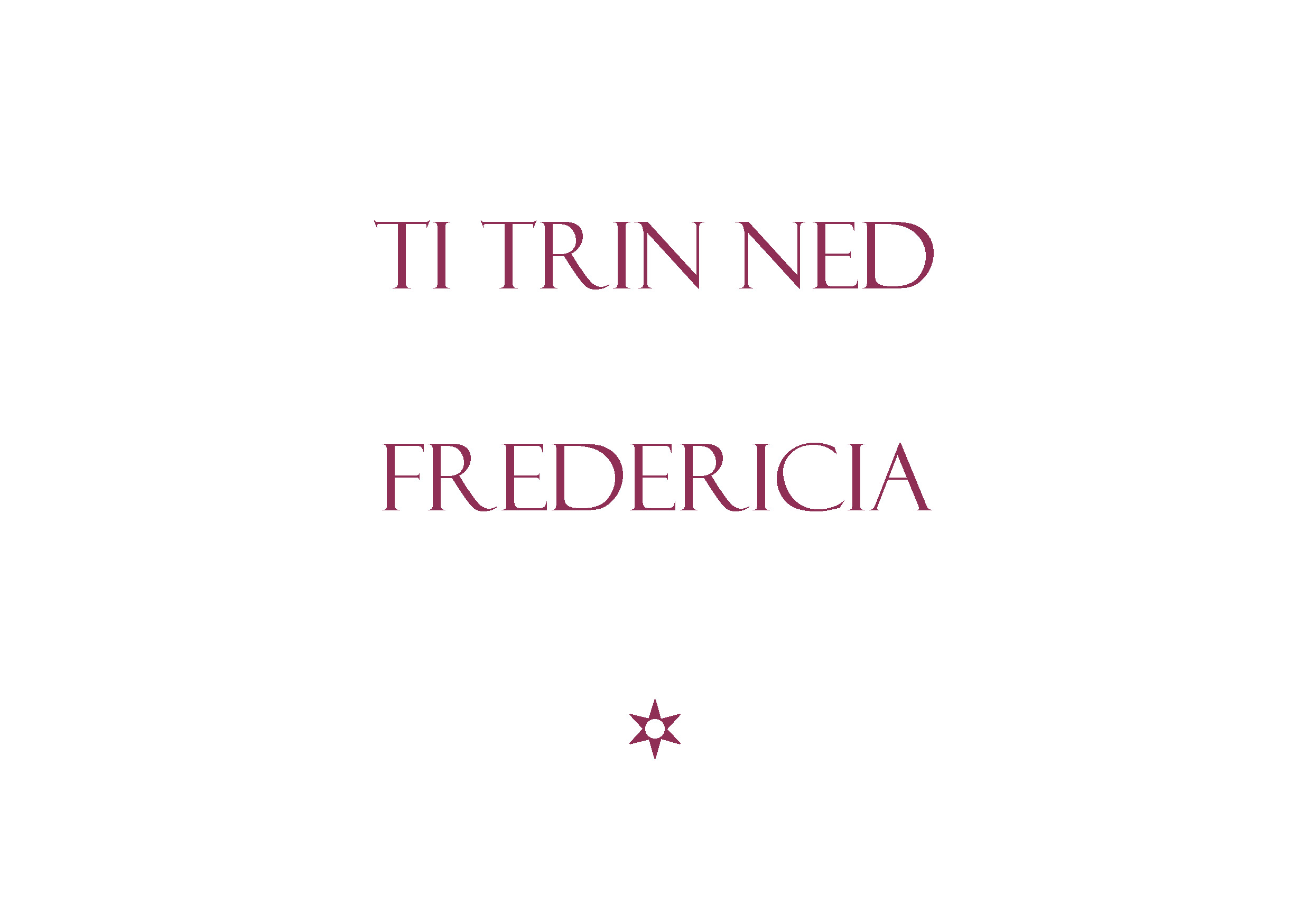 After lockdown and restrictions, we had looked forward to this evening, where we finally reached 50 individual Michelin stars (with revisits: 70) on all levels.

We have heard much about “Ti Trin Ned” since its first Michelin star in 2017. Since then, the restaurant has moved to a new location by the harbour. The interior holds Danish design classics, it is a simple, modern look with almost all seats facing the water. Their food reflects this simplicity and is, naturally, inspired by seafood and the four seasons.

There were three possible wine menus: standard, experimental, luxury. We went for the standard menu, which was an excellent choice. It convinced us that no matter the financial range of your dinner (even though a Michelin restaurant still is high-end), the chefs and the sommeliers have put thought and care into the wine pairings.

The three amouse bouches were a forecast of the simple and distinct, yet delicate flavours which are the essence of Ti Trin Ned.

The champagne was dry with a hint of apple acid, and it matched all three amouse bouches perfectly. It was a complimentary choice, enhancing the fresh flavours and underlining the ingredients.

The first amouse bouche with pike, apple, and cucumber showed us that the chefs had a clear idea about what they wanted to present. The flavours were fresh and distinct, and it boded well for the evening.

Caviar on a crisp potato flower sounds like a great idea, and we were told it was a particularly flavourful caviar. However, that deliciousness almost disappeared when eating it all in one bite. We will recommend starting with the caviar on top, and then going down through the beautiful flower of potato and mayonnaise, like a finishing “fish and chips”.

The green tomato bouillon was originally served with lobster, which had been removed due to shellfish allergy. However, we didn’t miss it. The soup was delicate, rich, and distinct. The tagetes oil added a hint of flower and contrast to the velvety bouillon without giving the dreaded smell of soap.

Before the fourth course, the bread arrived: A trio of different sorts: a dark malt bread with walnuts, a lighter bread on sourdough, and a bread on oat and wheat. There was plenty of it, and it was supplemented with a fill-up when needed. It tasted wonderfully.

The first proper starter continued with the delicate and fine flavours, and it was presented in a sea of consommé making it look like a jellyfish on the seabed. To our taste, 4-5 salt flakes would have enhanced the flavour, but it was a beautifully composed dish, which definitely stood out.

The Silvaner was fresh with mineral flavours and went from an acidy aftertaste to bitterness when the food was added. It was a perfect wine pairing.

Brill with fennel and coriander with butter sauce

Fennel and coriander usually divide people into absolutes of pros or cons, but not today. We both love coriander, while fennel is avoided by one of us. However, the kitchen managed to give hints of both without overshadowing the brill, and we enjoyed it immensely. Again, 4-5 salt flakes could have enhanced the course – and writing that: If that is all you miss during an entire evening, it is pretty perfect.

The white Burgundy had a fresh and dry undertone, which is a bit unusual from Burgundy, but it was delightful and added character. It was probably a result of the grapes being harvested early in the season, and again, it was a perfect match to the fragile flavours of the brill.

Grilled shallots with caviar on matured ox sauce and elderflower

The Riesling smelled of dry minerals, but transformed into a more intense, sweeter wine in your mouth. It was a pleasant surprise, and somehow managed to contrast the sweetness of the onions very well.

The onions were halved and grilled, and they kept their structure with a crunch, without going jellylike. The abundance of caviar on the top functioned as salt, and the almost consommé-inspired sauce was based on a recipe to kill for. This course was one of many that showed us that the chefs excel in mixing few, but distinct ingredients.

Veal chops with pointed cabbage and sauce on chicken fond

Ahh, veal chops! Delicious! We thought that this was the main course and had barely overcome our joy, when they announced that there was another one to come. But first things first.

The easy way out for this course is a light Bordeaux, and it would have been a perfectly acceptable choice. However, this Spanish wine was a bold and good choice. The first impression was acid with a hint of strawberry and barely any aftertaste. However, when combined with the veal, the Motor Callet unfolded and got an acidic flavour which stayed on your tongue. Well done!

Need we add that the veal chops with a leaf of pointed cabbage on top were beautifully plated and tasted heavenly?

After many restaurant visits, we have learned that the main course often is the Achilles’ heel of the kitchen. Not from lack of trying, but because it often ends with a combination of dark meat, potatoes, and sauce in endless variations.

However, we had now come to the main course, and what a surprise. Often, deer can seem grainy and taste of white flour. Not this time. The deer was grilled, but the middle was red, moist, and simply just beautiful to look at. It was flawless, and the taste was excellent.

The game fond added even more flavours, but the highlight of this course was, impossible as it may seem after complimenting the deer: the rhubarb. Small pieces of rhubarb added acid and sweetness, and it enhanced everything else on the plate. Actually, the rhubarb deserves its own course. It was perfect here, and it will be perfect in its own right.

The light Chianti was rich on tannins and had cherry flavours which supported and underlined the deer perfectly.

Cheese: Trefold and Kronly from Arla Unika with roasted yeast and honey on a malt biscuit

Cheese was not on the menu from the beginning, but the waiter asked if we wanted any and suggested sharing. So, we did, and we didn’t regret it. We have written it before: The cheese board doesn’t show the skills of the chef, only a selection of their personal taste. This time, we were wrong.

The two cheeses were combined in one dish: One on top of a malt biscuit, the other grated generously over the first one, creating a fluffy snow cone. It was easy to split in two parts, and we each enjoyed our half, where the combinations worked brilliantly together. The biscuit was the superior Godfather of the Digestives: Homemade, rich, structured, yet moist.

The Riesling had a distinct smell of petroleum and ensnared but fooled the senses. When drinking it, we got a clear, sweet peach, which again matched the cheese perfectly.

Granité with garden acid on vanilla foam, with mint leaves

“They hit that one in solar plexus,” we said. This refreshening in-between before the final course was not ‘just another’ granité, but the vanilla foam added a velvety sweetness to the acid nodes of mint and tea in the granité. Often, granité can have frozen lumps, but not this one. It was extremely light. We loved it.

Again, as we wrote during the first courses, the kitchen had maintained their light, delicate, yet distinct flavours, even when using a rich and sweet pumpkin. The ice cream was presented in a bowl surrounded by a clear soup and small dice of apple and pumpkin.

The wine had nodes of acidy Granny Smith apples and elderflower, and it supplemented the sweet, creamy pumpkin beautifully.

It was a perfect last course.

Ti Trin Ned is inspired by the neighbouring sea and the Danish seasons. The chefs followed that through, during all courses, and there were no mistakes or unnecessary experiments. Not that they don’t experiment. They do – and they succeed. Their ideas are clear and consistent from the beginning to the end.

The staff is friendly, professional, and knowledgeable. There are two waiters sharing the sommelier job, and both presented the wines with many great details, and they clearly knew what they were talking about. The chefs (who also are the owners) know their ingredients well, and they definitely succeed in carrying out their mission with flavourful, delicate, and enticing courses.

Overall, Ti Trin Ned is one of the best Danish restaurants, we have visited.