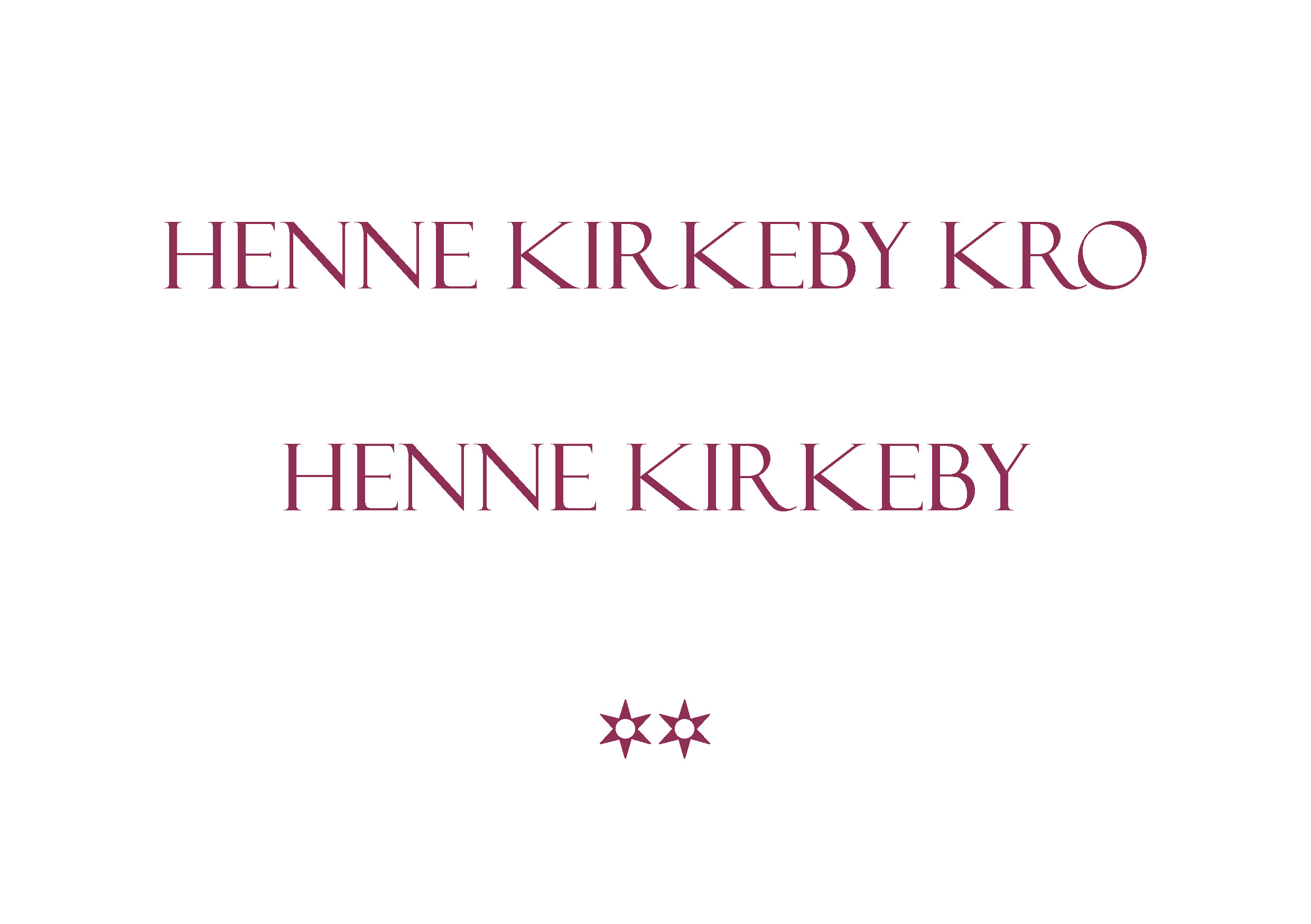 Six years after our first visit at Henne Kirkeby Kro, the restaurant now has two Michelin stars and a reputation as one of the best Danish restaurants, which is quite an achievement being based in the most western part of Denmark without possibilities of regular public transportation or an urban population to drop by. You never pass by accident. You only go there if you want to. Henne Kirkeby Kro is absolutely worth the journey.

Since 2012, the cuisine of English-born Paul Cunningham has transformed the small local inn into a modern and charming need-to-go.

The evening menu ”Vores Henne” (Our Henne). We would describe the kitchen as a combination of New Nordic and Modern British with emphasis on local produce. They grow their own vegetables and keep a few animals, and the protein is, when possible, from local farms. There were two wine menus, Our Dinner and Our Prestige. We chose the less expensive Our Dinner.

For the amouse bouches, we chose the classic champagne, which proved to be a good choice. The first snack was five slices of charcuterie: duck breast, ox rump, ham, bresaola, and fennel salami, simple and beautifully arranged with pickled tomato, chilli, and hazel nut. Each slice had a distinct, yet subtle, flavour, and the cut-outs were a delicious tribute to meat.

The second amouse bouche was an opulent and generous plate of cod roe and lumpfish roe on lemon creme fraiche with crisps as scooping tools. Even though mixed, it was easy to distinguish the cod and the lumpfish, and ”since the season for lumpfish roe is so short, we don’t want to be seem cheap about it,” as the waiter said when asked about the huge serving. With that size, we worried how we should get through the rest of the evening, but our concerns were unnecessary. For one course, they wanted the concept to be ”gluttony”, and we enjoyed every mouthful. Salty and crunchy crisps applauded the sweet and salty mix of roe.

The third amouse bouche was the highlight of the evening: Rabbit terrine with such delicate flavours that even though everything else was equally perfect, this just stood out. The meat was moist and flavourful, probably the best rabbit which we have ever had. In the middle of the 20th century, rabbit was ”poor man’s food” in Denmark, being easy to breed and raise, but now most people connect the white, light meat with pets or oddities in the French or the Indian cuisine.

For the rabbit, they impromptu served the rosé wine, which smelled of peaches and had a clear, bitter flavour. A sweet and flavourful Riesling would – to our taste – had been a better option; for instance, the wine served for the fourth course.

Our Lilibet, our butter

Paul Cunningham always names his bread after a famous person, and this season’s sour dough bread is a tribute to HM Elizabeth II for her 70th jubilee year. It was served with a huge lump of thyme and rosemary butter, freshly made. Yes, lump! A fistful of butter on a plate – and we loved it.

It is bold to serve a Thai inspired chicken with strong and spicy flavours for a starter – especially in Denmark, where most people (not us) choke on anything more than a pepper corn. The chicken was served in a coconut sauce with lime, chilli, ginger, and lemongrass. The strength of the spices swept across your tongue, combined with the juiciness and sweetness of the chicken and coconut. The chicken was a replacement for the crab, which we due to shellfish allergy could not have, and it was so elegantly done that we did not think of it as a replacement. That constitutes a good chef: That he makes his guests feel that every course is made for THEM, no matter the circumstances.

Now we had the sweet, flavourful, and fat Riesling, which we would have recommended for the third amouse bouche – well knowing that amouse bouches not require to be part of the wine menu. However, this wine was delightful for this course as well.

After the Thai-inspired chicken, we wondered how they could return to Modern British/New Nordic, but with the grilled monkfish, the chef made a gentle geographical return. The ramson and lemon butter still had a hint of Asian cuisine; it was a flawless turnaround. Gentle flavours, perfectly seasoned, of course.

The wine was dry, with a hint of bitterness and elderflower. It really complimented the monkfish.

At this point we semi-concluded that apart from one wine pairing, which actually was not an official part of the menu, everything had been spot on. The waiters were attentive and knowledgeable. We had two: A trainee and a fully educated waiter; both smiling and present.

Lamb from Varde Ådal with new onions and black garlic

The main course was local lamb, served two ways. As a small roast and as a lamb pie – with greetings to the chef’s English origins. Spring onions and black garlic complemented the protein, and it was, naturally, exquisitely executed.

The Brunello was velvety and soft, with a slight scent of petroleum, which turned into a hint of cherry on the palate. The pairing was fine, maybe a bit anonymous to the richness of the lamb, but at this point one of the waiters had presented my husband with an alternative wine, which just added the last touch.

To us, Tokaj is always a popular choice, and the dessert wine with a taste of raisin is a good match for the fat panna cotta, because the Tokaj turns a bit bitter with the sweet dessert. The execution of the dessert was excellent.

We do not know if it was intended, but to us, this dessert looked and tasted like a tribute to the Danish/German traditional ”kiksekage” (biscuit cake, a cold chocolate cake) with layers of chocolate in between biscuits. Here, the biscuits were replaced by another type of chocolate. It was perfect with the wine, and again, our senses were satisfied with well-balanced flavours.

The final addition was the fudge and jelly – naturally with great flavours as a perfect end to a wonderful evening.

When we first visited Henne Kirkebo Kro in 2016, they had one Michelin star, and it is obvious that they have upped their game. The second star is well deserved. This is one of the best Danish restaurants, and yes, we know the competition is fierce. Paul Cunningham and the owners of Henne Kirkeby Kro have managed to create a small haven in the most western part of Jutland, with no large population or efficient infrastructure to back it up, but with dedication, passion, and focus and local produce and flavours.

During the evening, Christian was several times served a taste of another wine, and the professionalism and presence of the waiters made you feel at home.

From our check-in in the afternoon until next morning, we felt welcome. The nature surrounding the inn may be harsh, the wind can be wild, but the environment in and around the inn makes you feel comfortable. The efforts of Paul Cunningham and his team are definitely worth both 2 stars – maybe even 3! – and require a visit.