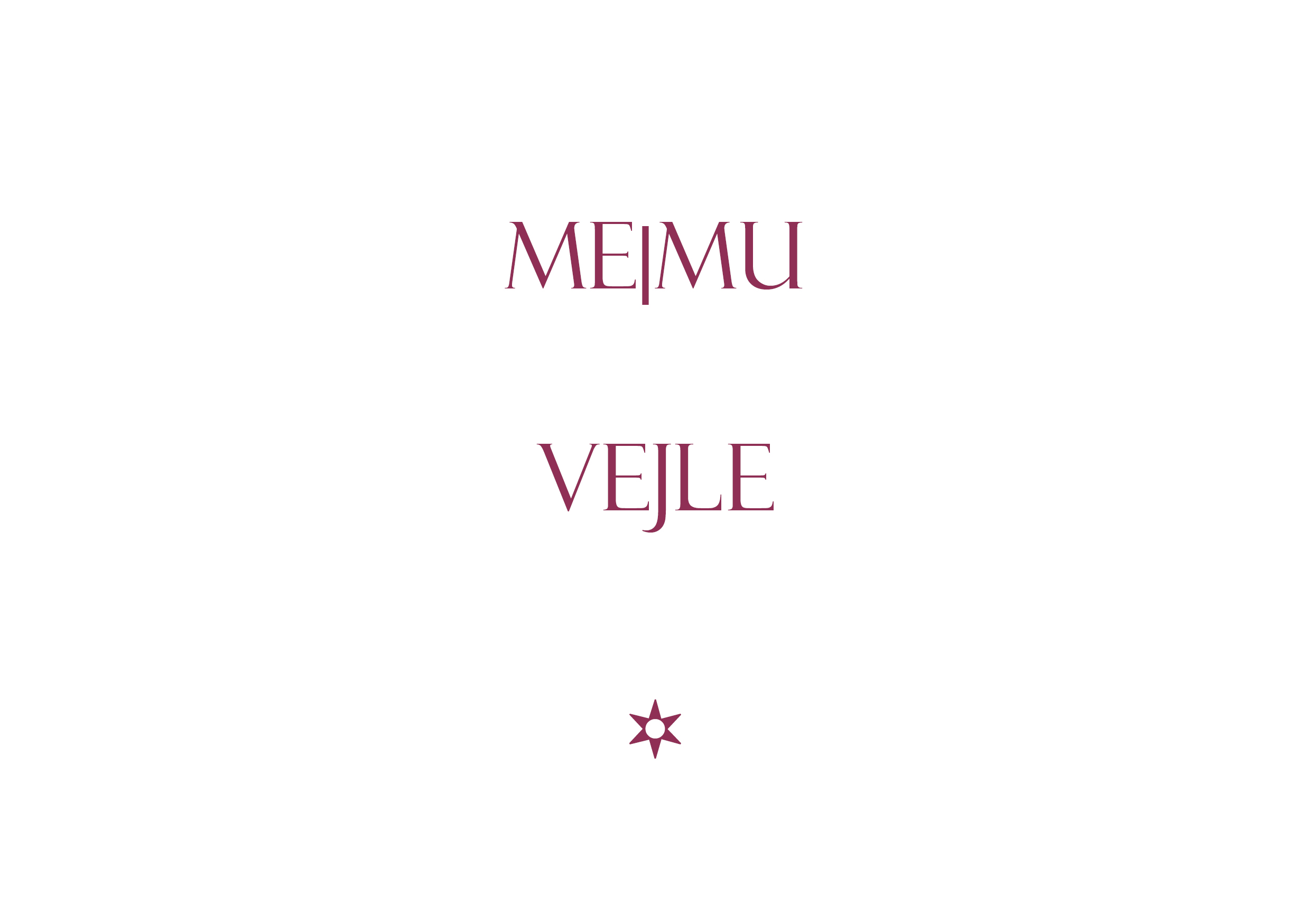 This review differs from the others. Well, to quote the comedian Reginald D. Hunter in an epic episode of QI: “Do what you do best.” And perhaps the staff at Me|Mu ought to do something else.

For the second time during our more than forty Michelin restaurant visits, we left during half the meal; and paid for half of it.

We had visited the restaurant before, and there we understood why it held its one Michelin star. This time, we wondered why.

We arrived with high expectations but were met with two young and one older waiter. The young women tried to act and look the part, but might as well have been soulless ghosts serving us various kinds of beverage and food. Food. Not dinner. They presented the courses stonefacedly, without any smiles, any questions about us, our mission in this part of Denmark, or anything else which might have helped personalize this evening.

Apparently, the floor staff had been told not to dangle their arms, which resulted in a weird kind of Danny-de-Vito-acting-The-Penguin-in-Batman-walk with their right hand flapping behind their backs – when they remembered it. We easily could have forgiven this charade, if everything else had lived up to the standards of a Michelin star awarded restaurant.

There were four main issues:

1. The food was below average.

2. The timing was horrible.

Maybe it had made a difference, had we been met with smiles and a cosy atmosphere. We Danes are proud of our concept “hygge”, which generally means having a good time and feeling like home. Professionalism is expected, but don´t confuse it with coldness.

Christian is allergic to all kinds of shellfish and mollusc. We always notify the restaurants in advance; and Me|Mu had asked us to decide the menu beforehand, but when going through it, the waiter mentioned oysters – a big mistake unless they want a guest frequenting the hospital. So, she had to tell the kitchen. And then, during the amuse-bouches, they presented us with snails, which is also a shelled animal and allergy provoking. Naturally, we had to send this course back, and it was replaced with deep-fried chestnut.

The amuse-bouches were divided into two themes: Winter and Pastry. We got them one at the time, which seemed a bit odd, as the three bits of each theme easily could have been served together. The champagne, Louis Roederer Brut Premier, was a mix of three grapes, which made it less distinct.

The presentation was rather weird. The waiter came over, and with a robotic voice she said: “Here are some cold napkins, and then come six amuse-bouches.” We were a bit puzzled, since we had just sat down, when two white, cold, wet towels were put on a plate before us. Normally, we would wash hands after the courses. Then we heard them talk to another whispering something about the towels, and we decided to wipe our hands, just in case. Somehow, we had done the right thing, and then the towels were removed, and the amuse-bouches started arriving. After amuse-bouches, we got another towel; this time a warm one.

The beet was shaped in a small hollow ball. It tasted good, but the walls of this hollow ball were too thick and thus, the structure became too dominant.

The beetroot had been boiled and dehydrated but was still succulent. The combination of the jam and the beetroot was fine.

Jerusalem artichoke with purée of the same, and black truffle

The artichoke had been hollowed and dried, and the meat from it was pureed and put back, covered by grated black truffle. A highlight, but you can never go wrong with the combination of the earthy Jerusalem artichoke and the umami taste of black truffle.

English tea bun with with ham and apple crème

The bun was quite pasty and stuck to the mouth, but the taste combinations were acceptable.

This course we had to send back due to the aforementioned allergy. It was replaced with …

Deep-fried chestnut with a mix of herbs

This was a fun take on the Danish potato cake, which the baker makes with crème and chocolate covered marzipan. This was made with layers of real potatoes, covered with crushed chicory coffee. The filling was eel with potato crème. When an amuse-bouche is the highlight of the evening, things has gone really wrong.

We were still drinking the champagne, since the complimentary wine menu didn’t come into effect until the first course.

An onion baked and served with its shells, then hollowed and filled with stewed onion, chives, and Gamelans cheese. The idea was fun, but it was like eating a small portion of chutney without the main components of a dish.

Now, we had been served the bread – the usual sourdough solution with three accessories: Salted butter, creamy cheese with fennel, or fat with pork puffs. To Charlotte’s taste, the fennel added an unnecessary liquorice note, but Christian liked it. Charlotte preferred the fat. Just an idea: Since Denmark is an agricultural nation, it would be wonderful to have something else than sourdough bread. But to be fair, this criticism could be attributed to most Danish Michelin-awarded restaurants.

All in all, the amuse-bouches and the appetizers were a bit underwhelming.

Then we quickly got the wine for the first course, but it took 15 minutes before the actual food arrived, and the timing between the wine and the course was totally off. The chilled wine had gone warm, when the food was served.

The plating looked very much like a lesson from a cooking class, with the mackerel on a thin line in the middle, then round slices of the vegetable, and covered with the green sauce. Cucumber and cherry plum hardly taste of anything when processed, and this was also the case here. The flavours were monotonous and rather boring. The mackerel tasted insipid.

The wine was a safe bet and the best part of this course.

Then it took 15 minutes for one of the three waiters to remove our plates, and it took another 10 minutes before the next wine was served, and another 10 before the second course arrived.

At that time, we were tired of waiting 30-35 minutes between the courses; and we grew tired of eating bread and drinking water between them. Christian mentioned it to the oldest waiter, who said that the kitchen had problems that evening. Well, a Friday evening with 5 tables and 14 guests should be something one good chef should be able to manage, especially since most of us had booked tables and was asked to choose the menu in advance. Besides, we were the first to arrive, and the second table didn’t arrive until one hour later.

White wine from Tenerife – we had calculated on a wine list from the waiter, so sadly we didn’t write this one down

The turbot was clearly overcooked. The flakes had dried together, and Charlotte send her half-eaten plate back. The waiter asked whether she wanted another, but at this time of the evening we were getting more and more irritated about the attitude and the timing, so she declined. Christian ate his because he was hungry.

The kale and the seaweed were fine, but the plating was uninspired, and the course was rather flavourless.

The wine was mild with mineral notes, non-distinctive and easily forgettable. We wondered why the restaurant had a complimentary wine menu, since it was clearly safe choices.

At this point, Christian had told the oldest waiter about the timing issues, and the mood of the waiters didn’t improve. The entire evening, we felt tolerated, not welcomed. Then – 30 minutes later …

The plating was traditional and uninspiring. The pigeon was well cooked, but almost flavourless. The Hokkaido was almost raw, and neither that nor the gravy added much to this course.

This was supposed to be a main course, but the size of the plate was miniscule – as it had been with the two courses before. The pigeon was bitesize.

The red wine tasted of cherries with notes of apple. The wine became sweater with the food intake. The story about a Korean woman in France was more elaborated than the wine itself. Again, a safe and somewhat boring choice.

After the pigeon, we decided to call it off. After 2,5 hours, only 3 out of the 7 courses had been served, and there was still no human reaction from the stonefaced ghosts. We asked for the check, and WHEN asked why, we explained to the oldest waiter that neither the food nor the timing lived up to our expectations. The check was for half the meal and wine, and of course we paid, while you can still argue that £290 is quite a lot for an unfinished evening.

During all three courses, the timing between removing old plates, getting new wine, and getting the next course served was off. It took at least 30 minutes each time, and at least 10-15 minutes from the wine being poured to the arrival of the food. We pointed it out, but temperatures didn’t seem to matter to them.

Maybe, on the surface, the time frame doesn’t seem so bad, but since the individual courses were bitesize and miniscule, and the waiters appeared indifferent, the waiting seemed prolonged. If each of the 7 main courses should take 45-50 minutes to execute, we would have been well past midnight before coming home.

We were still hungry, and we headed for the pizzeria L’Angolo Italiano run by Guido Parisi. We ordered a bottle of red wine and enjoyed a Salsiccia e friarielli and a Diavolo in a much kinder and more professional atmosphere than the one we had left.

We ended the evening in our hotel room with a cup of instant coffee and a chocolate bar.