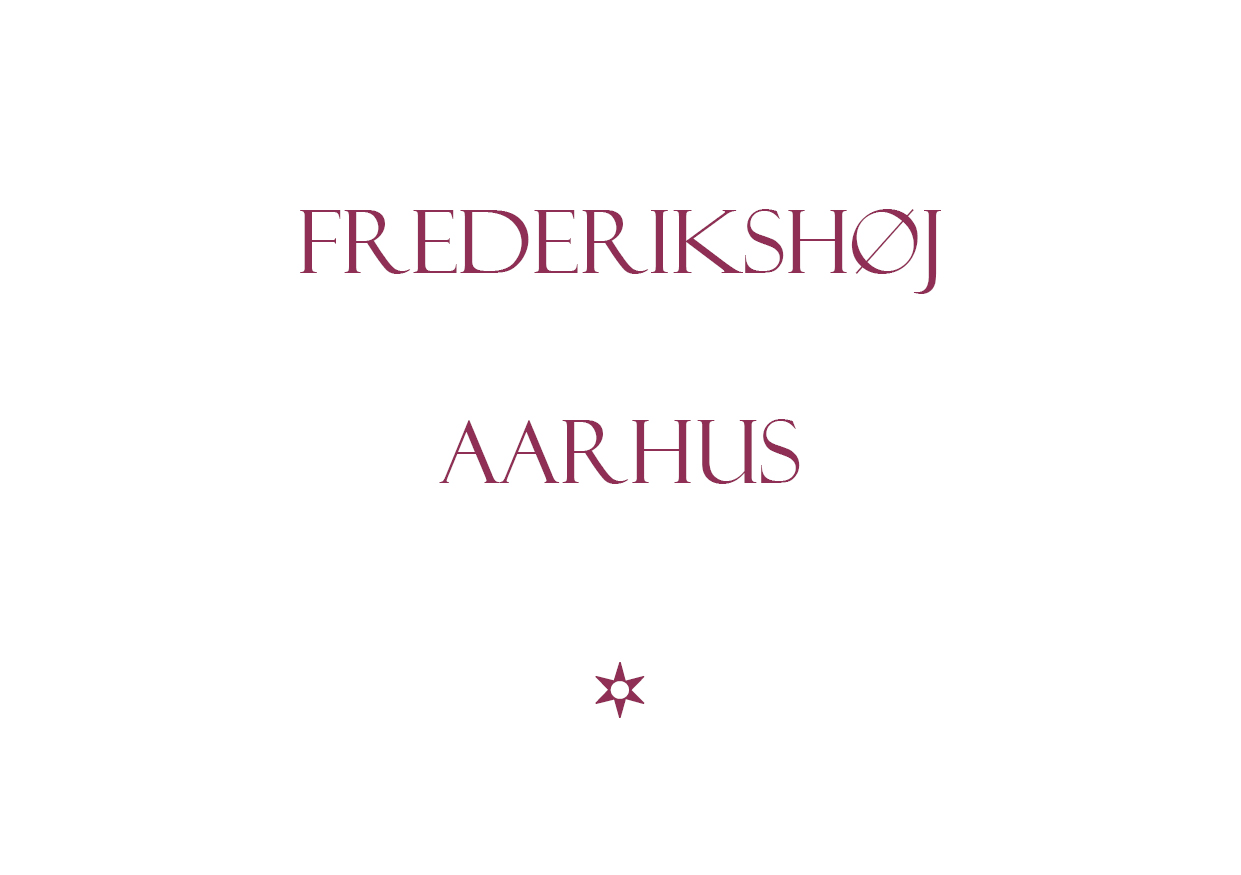 Our first visit at Frederikshøj was in 2016, and back then we wrote: “Intelligent food, well thought out wine pairings, and a staff that really impressed. A very good, wholesome experience.” Four years later, Frederikshøj had kept their high standards, and it was even better, because the staff seemed more at ease with their roles, and the chef still made fun and playful food.

This time, we were joined by a couple of friends, and we all ordered the big menu – 10 courses with 6 amuse bouches – and the complimentary wine pairing. Our friends do not suffer from shellfish allergy, and the kitchen managed to produce both the original menu for them and some inventive alternatives for us.

The six amuse bouches arrived at the same time, beautifully presented on different plates. We began with the carrot, which was put through ‘a hole in the ground’. The carrot was deconstructed and then reassembled; with a top made of dill, a crunchy surface, and a soft middle. It boded well for the rest of the evening.

The quail egg was peeled and smoked, giving it an orange marble pattern, and it tasted wonderful.

The beef tartare and swede were shaped and decorated like a poisonous fly agaric and put on ice for keeping the structure. It was innovative and delicious.

The we had a take on potato pie with asparagus crème, again a precise dish.

The last was parsley presented three ways: Foam and structure on a finely salted parsley crisp.

Overall, the colours and flavours were wonderful. It was possible to distinguish and appreciate all the ingredients, and the champagne was a good choice with a hint of sweetness to the savoury amuse bouches.

The tomato gel and pork cheeks were served as small, translucent triangles, decorated with kohlrabi and a tomato jus. The dish had a wonderful acidity and freshness, which was complemented by the hints of mineral in the wine.

This course was both sweet, salt, and sour but still with clear distinctions between the different flavours and experiences – quite an achievement to make every flavour count. It was served in a soup bowl with a foamy jus, and the wine from before also matched this dish superbly.

The structure and the contrasts were great, and this was absolutely one of our two favourite dishes.

The sommelier likes mineral wines, and his pairings were flawless. The flint flavour shone through and complemented the pollack and apples, served as a beautiful green and white swirl in a large oyster shell on seaweed. The cheese gave a wonderful balance to the acidity in the apples, and it was a perfect combination with the pollack.

When we all agreed that this was the weakest dish, it was based on flavour only. The finely sliced pears had a good structure, but their smell and taste were not as distinct in combination with the salmon. We think that sour apples or kohlrabi would have been a better choice. But this was the only flaw of the evening, and there was nothing wrong with the execution, only the combinations of flavour.

Cod with an emulsion of peas and miso sauce

Cooking a cod perfectly is a matter of counting the seconds, and all four cods were exactly spot on! The cod was covered in green pea emulsion, and covered with peas, leaves, and blue flowers. The light brown miso sauce was a perfect addition. This was a precise and superbly executed dish with the bright and tasteful Chardonnay as complementing wine.

The forest chicken was created as a reverse tartelette with a flat top decorated like a sunflower with a round slice of truffle in the middle and yellow pansy leaves around it; on a green bottom sprawled with dried cucumber.

Chicken is almost always a difficult protein, since it is hard to make flavourful, but they succeeded by chopping it into small bites and mixing the gherkin into it. Normally gherkin is served as a sour, pickled side order to pork, but thankfully they chose to give us the original vegetable, which was surprisingly sweet.

For the chicken, the sommelier turned to a Premier Cru red wine, and it was an excellent choice.

Beef with mushrooms and chanterelles

The main course was beef with a layer of mushroom crème on the top – placed on the side to give way for a large portion of sauce with chopped mushrooms and chanterelles. A brilliant idea to let the ingredients switch places like that. The meat was perfectly cooked, and the succulent sauce deserved all the attention it got.

The red wine was mild, and somehow underplaying its role, it complemented the dish as it should.

This was cut in slices of one-eight of a lemon filled with caviar, and prepared so it tasted like white chocolate with notes of lemon and a tiny hint of liquorice.

The waiter recommended water or sparkling water to this, and he was right. Almost any wine would have overshadowed the delicate flavours, and we enjoyed the small, almost mind-cleansing dessert.

In a golden egg arrived a small, brown caramel egg with a crusty shell and a soft middle with gooseberry for the yolk. It was an ingenious dish, which was perfect with the sweet Riesling.

This was our second favourite of the evening – bulbs, atmospheres and ice cream transformed raspberries in different shades of red. Such rich flavours, still both sweet and sour, and we could not wish for a better finish to this elaborately and brilliantly executed dinner.

This was one of the best experiences we have had at a one-star restaurant, and even though there are many contenders in Aarhus, Wassim Hallal and his staff still rule the local restaurant scene.

The staff was observant, welcoming and at ease, and we had a great evening. The courses and the wine arrived in a continuous flow with a perfect timing, and at no point we felt that the pace was rushed; or that we had waited too long.

The wines were of high quality, and they matched the food perfectly. There were no experimental pairings, however, we did not miss tasting exotic wines from lesser known wine countries. Wine and food matched, and it was one of the best pairings of complimentary wines, we have ever experienced.

This was one of the best evenings we have had at a Danish Michelin-restaurant, and we will happily return another time.